Researchers and scientists at the Massachusetts Institute of Technology have developed the first-ever plane with no moving parts. This radical approach towards flying is in the form of a small, lightweight and virtually noiseless airplane. Instead of propellers or turbines, the light aircraft is powered by an ionic wind — a silent but mighty flow of ions that are produced aboard the plane, and that generates enough thrust to propel the plane over a sustained, steady flight.

The aircraft, called Version 2 EAD Airframe, or V2, weighs only 5.4 pounds (2.45 kg) with a wingspan of 16-1/2 feet (5 meters). And unlike turbine-powered planes, the aircraft does not depend on fossil fuels to fly. The model utilises the concept of the “ionic wind” to propel itself using an electrochemical reaction between ions on the plane’s surface. This reaction releases large amounts of energy that can act as thrust to propel an aircraft. The system may be used to propel small drones and even lightweight aircraft, as an alternative to fossil fuel propulsion. This truly has opened new and unexplored possibilities for aircraft which are quieter, mechanically simpler, and do not emit combustion emissions.

Electrical field strength near an array of thin filaments called emitters at the front of the wing ionizes air, meaning electrons are removed and charged molecules called ions are created. These positively charged ions are attracted to negatively charged structures on the plane called collectors. As they move towards the collectors, the ions collide with air molecules, transferring energy to them. This creates a flow of air that gives the plane its thrust.

The team, which also included Lincoln Laboratory staff Thomas Sebastian and Mark Woolston, flew the plane in multiple test flights across the gymnasium in MIT’s duPont Athletic Center — the largest indoor space they could find to perform their experiments. The team flew the plane a distance of 60 meters  and found the plane produced enough ionic thrust to sustain flight the entire time. They repeated the flight 10 times, with similar performance.

“This was the simplest possible plane we could design that could prove the concept that an ion plane could fly. It’s still some way away from an aircraft that could perform a useful mission. It needs to be more efficient, fly for longer, and fly outside.” – Steven Barrett, Associate Professor at MIT Aeroastro

The plane, defined as a solid-state machine because it has no moving parts, was built to be as light as possible using materials like carbon-fiber, balsa wood, a plastic called polystyrene and plastic wrap as well. With the world on the verge for a renewable energy revolution, this new technology can go a long ways in achieving a greener and cleaner society. 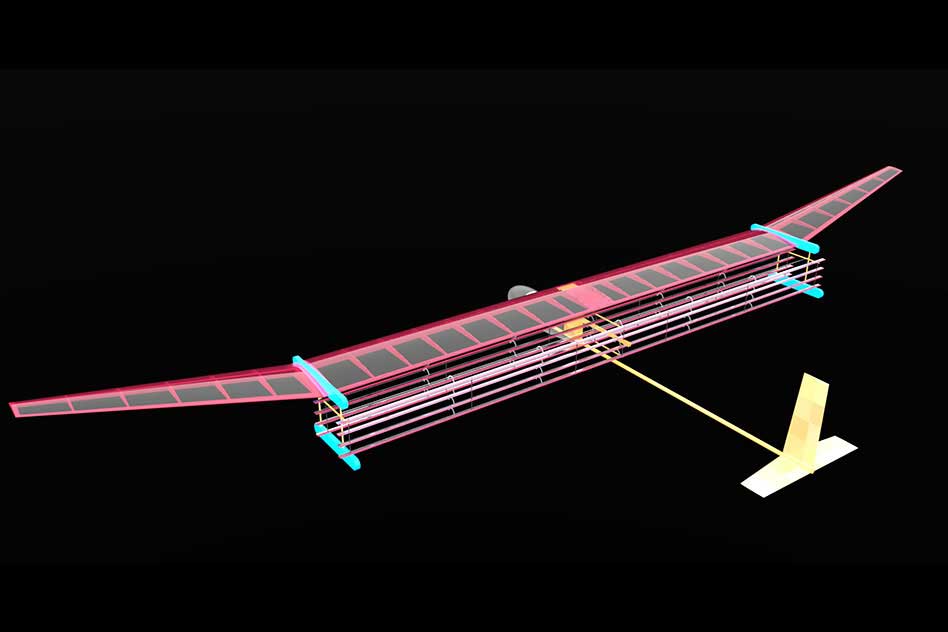